In previous versions of Profit Rhino, the deciding factor for whether or not an item on an option board should be a task or an add-on (for most people at least) was decided by price. I.E. the most expensive item on my option is a task and everything else as an add-on. While there are methods of manually deciding whether an item was a task or an add-on, it is cumbersome and counter intuitive. With this latest iteration, that's a problem of the past.

IMPORTANT NOTE: In order to utilize the feature displayed in this article, you'll need to adjust a setting in your tablet. 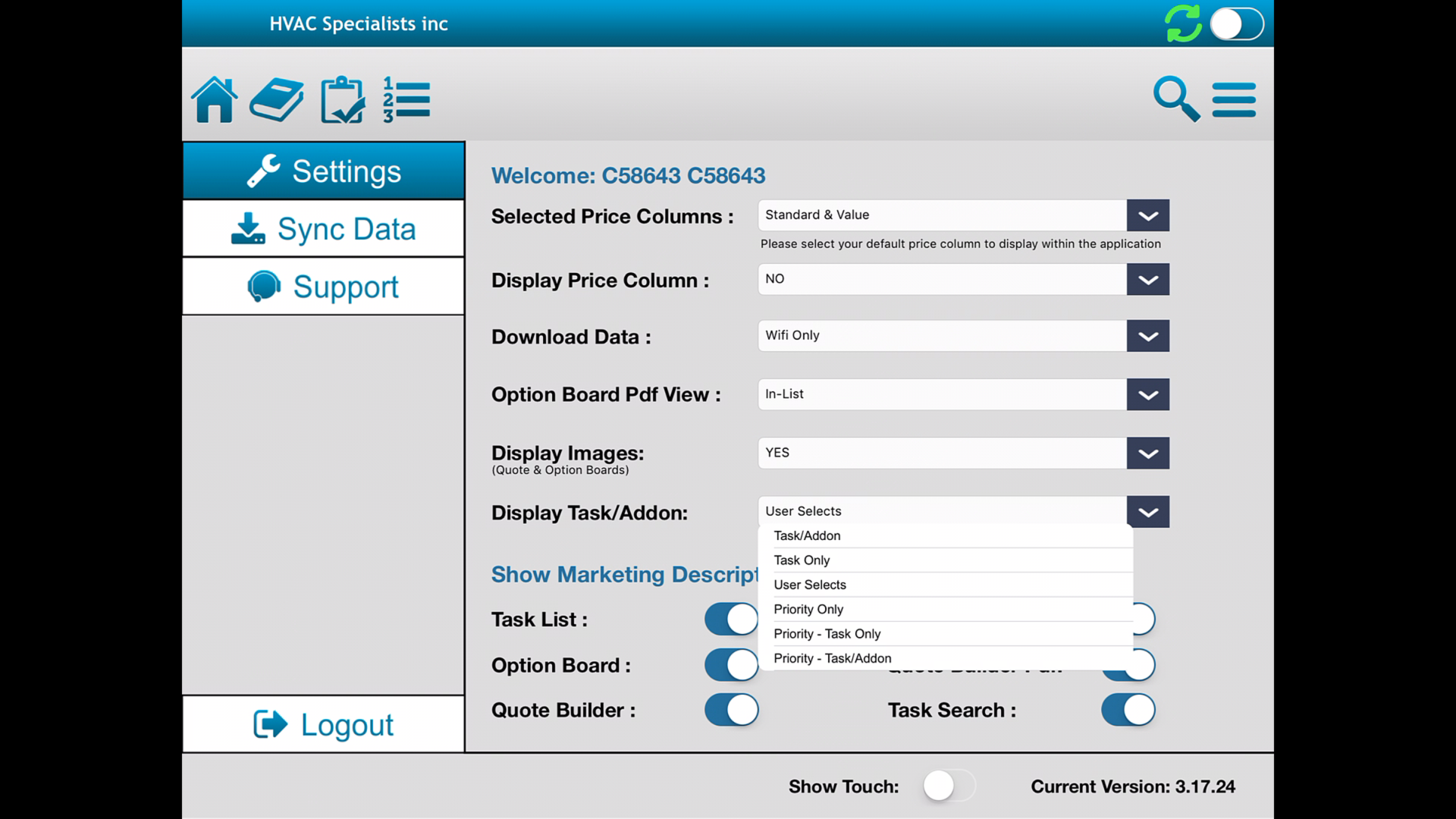 Now, lets say I've built out an option board in Profit Rhino, but I've accidentally made every item a task or I see an item that's already a task and I'd like it to be an add-on instead of pricing purposes. So long as I'm in technician view (The toggle in the top right is not green), I should see a minus button next to the repair. If I click on that, it's going to bring up 4 separate buttons.

For now, the one we're interested in is "Convert to Addon" shown in the image below. 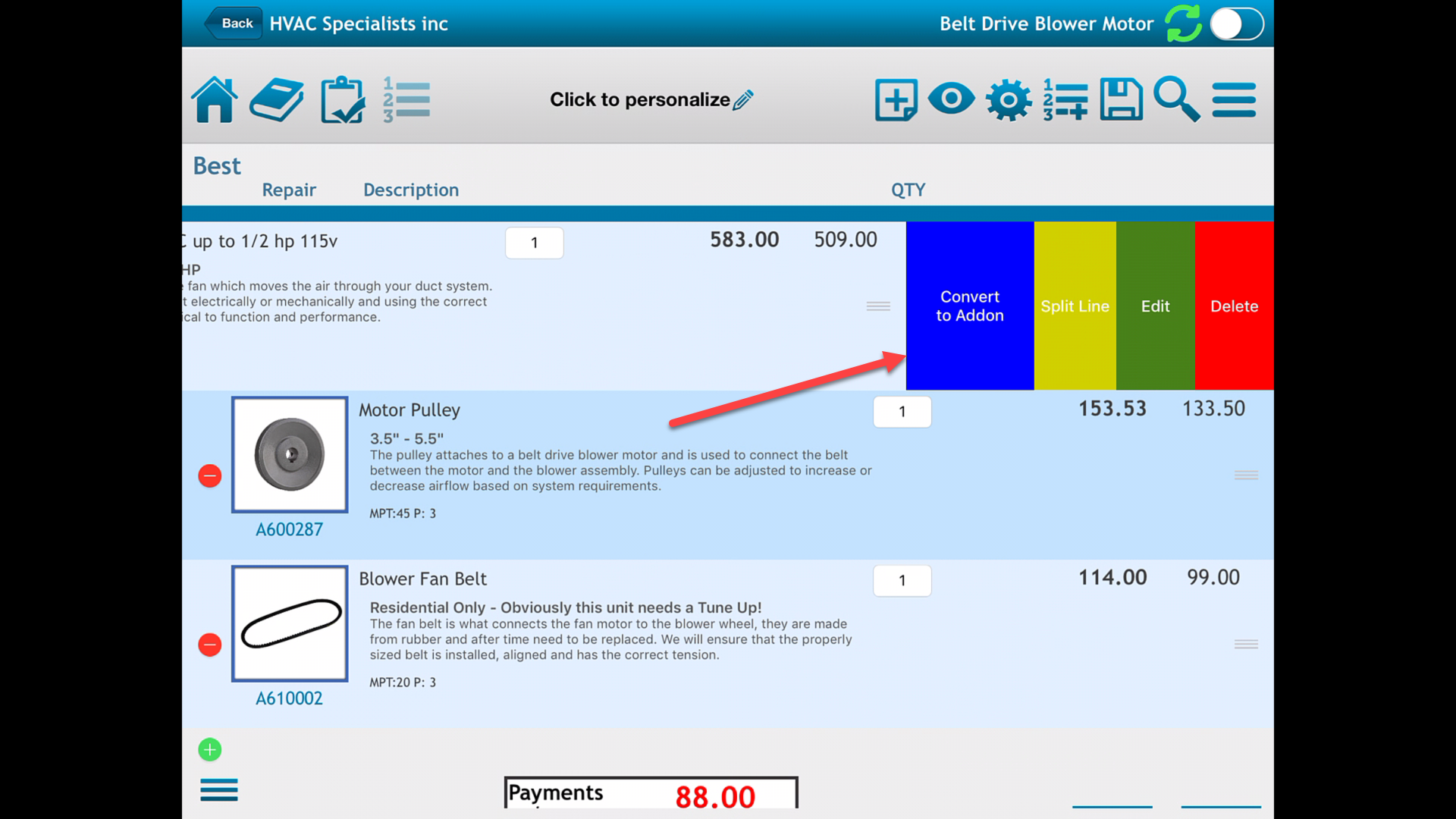 After clicking "Convert to Addon" you should see the item's task number change to an add-on number (A50000 instead of T50000 and the number should change to a light blue color) as shown in the image below. 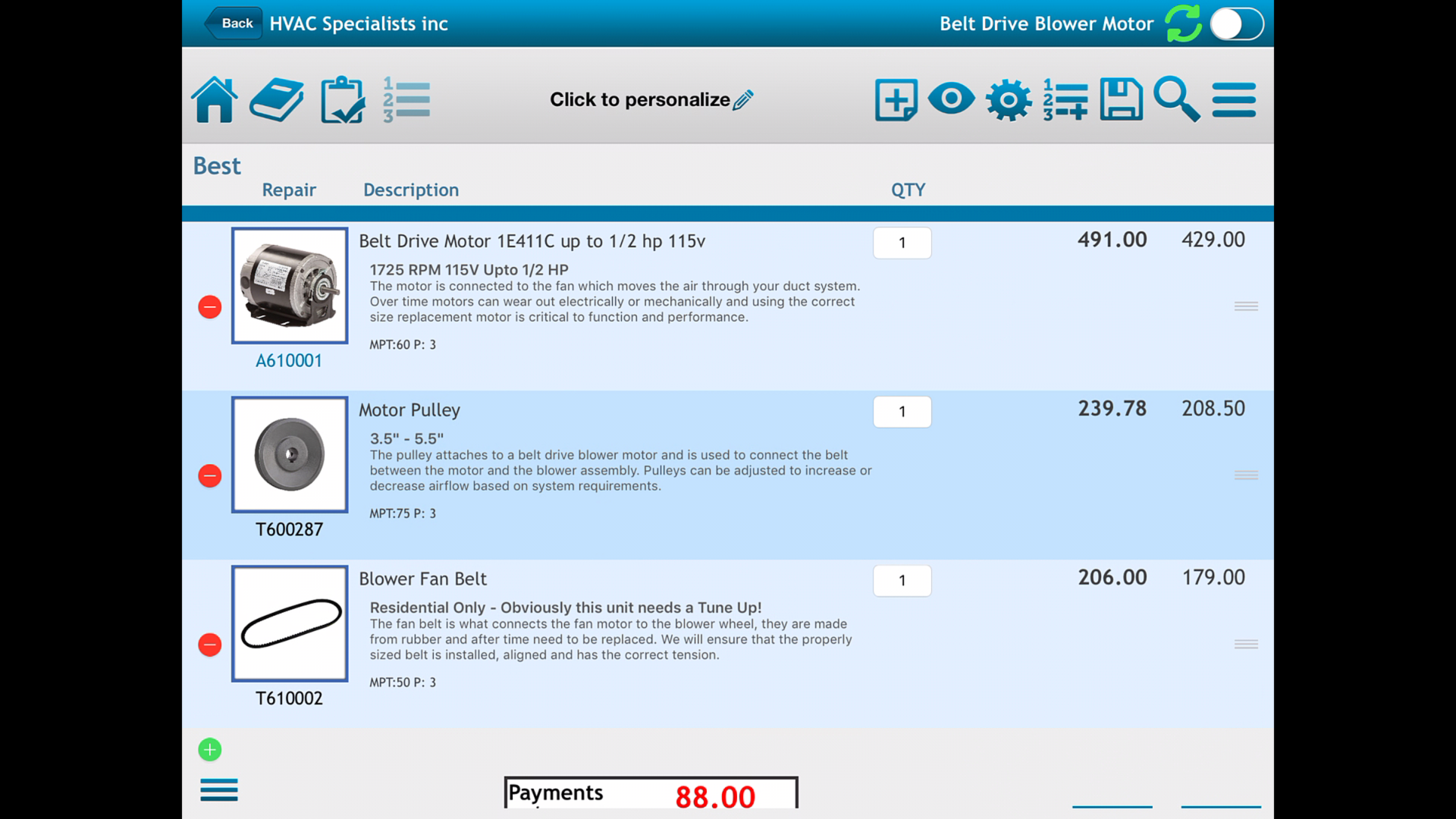 So that's converting a task to an add-on, what if I'd like to convert an add-on to a task? Luckily for us, it's the same process. Click the minus button, and instead of seeing "Convert to Addon", you'll see "Convert to Task": 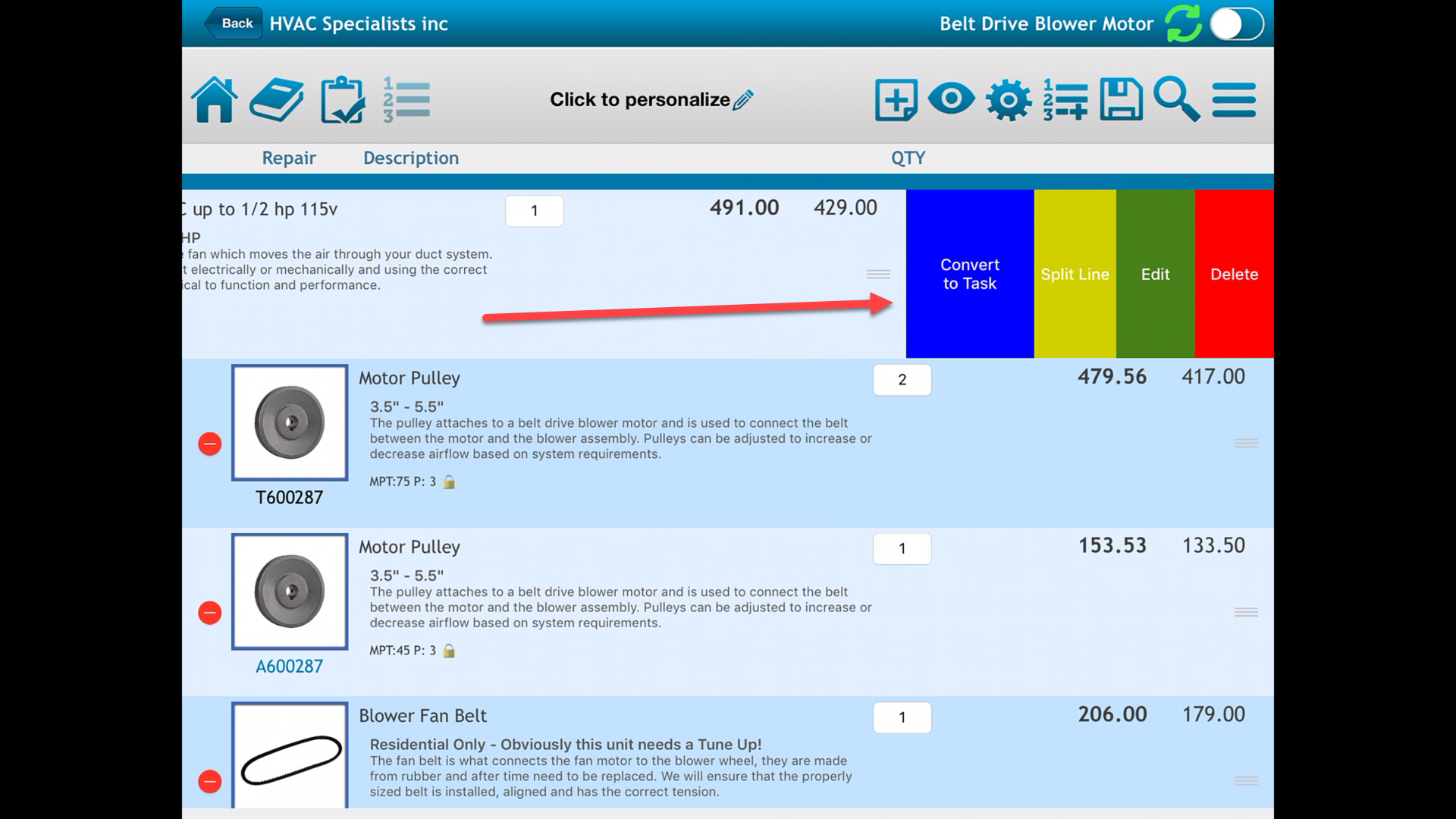